Apple abandons the plan to increase the production of its new iPhone 14 series. The demand for new devices is not growing as the company expected. This was reported by Bloomberg, citing informed sources.

The company told suppliers not to increase the assembly of the new Apple iPhone 14 device in the second half of this year by up to six million units. Instead, the company plans to produce 90 million phones during this period, which is almost the same number as a year ago.

It is already possible to buy four of the four new Apple phones in stores. The iPhone 14 Pro Max has already arrived. However, the interest in the novelties was so great that some of the models are hopelessly sold out. This applies primarily to the iPhone 14 Pro and 14 Pro Max. Waiting periods for further deliveries vary in the order of several weeks.

However, the demand for the more expensive iPhone 14 Pro models is stronger than for the basic version. At least one of Apple’s suppliers thus shifted production capacity from cheaper models to more expensive ones, Bloomberg added.

The outlook was optimistic

Apple has raised its sales outlook in the weeks leading up to the launch of the new iPhone 14. Some of his suppliers then began preparing for a 7% increase in orders.

China, which is the world’s largest smartphone market, is now going through an economic downturn. This hurt the phone companies in the United States, and it also hurt the sales of iPhones. According to a report released on Monday by financial firm Jefferies, purchases of the iPhone 14 in China during the first three days of availability were 11% lower than those of its predecessor last year.

Fears of a recession and rising prices have also hurt the demand for consumer electronics around the world. According to the research firm IDC, smartphone sales will fall by 6.5 percent this year to 1.27 billion units. 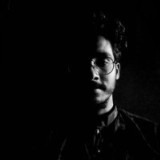